I’m sitting at OR Tambo International Airport in Johannesburg, two hours until my fight leaves then its 38 hours until I get home. Having a few beers will hopefully allow me to sleep on the plane, an experience  that generally alludes me. So where am i, when, what, who and most importantly how am i. Spoiler: tired

My story starts off with me saying “screw it, I’m going to Africa”. Two weeks later I am off to Africa. I knew what i was getting myself into, a really short 36658 km round trip with very little time to relax and to photograph some of the worlds most amazing and iconic animals. As I write this with still 40 hours to go before I am home I think, yep, all that happened. And yet I am not angry, disappointed or annoyed, in fact I’m totally thrilled.  Pushing myself to the limits, to allow me to work out who I am and what I want and how to continue on with my life. One thing is for sure, there is no way I am going back to work relaxed ready to continue my humdrum life. In fact I am already planning  my next trip back to this amazing continent.

I land in Johannesburg after 25 hours of travel with one thing on my mind, sleep. Knowing I have to be up at 5am food can wait.  Following a good solid 10 hour, what I would describe passing out, I am on the road, a 5 hour drive to Kruger National Park to spend 3 days of what I would call making people back home jealous.  I am directed to my humble abode, a tent in the African bushland, given the bare basics of shelter, a mattress and no electricity.  The concept of falling asleep watching the stars and fireflies dancing around me whilst lions roar in the distance is magical.

I am reassured that no lions can get into the property though I am informed the next morning that there is a female leopard that can get in and will hunt the antelope that occupy the grounds and also raise cubs. In fact my first night there she was spotted on the cameras wondering around the cabins. Also my first night also coincided with a blackout which allowed me the most amazing view of the milky way above. 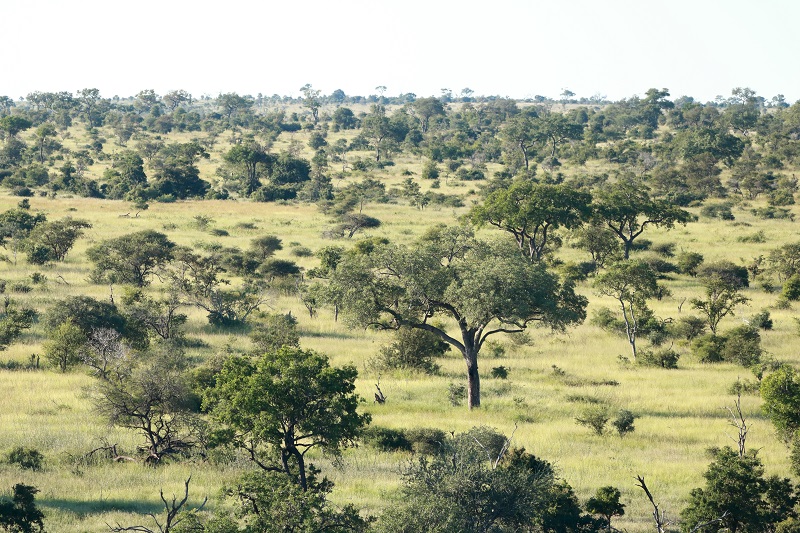 My first morning in Kruger national park begins with a 5am start as the guide drives me and 6 others from various parts of the world into the world iconic national park.  It is a quiet start but the animals start appearing, wildebeest, zebra, impala.  All of which are very endearing, especially impalas which I really fell in love with and could easily spend the whole day watching.  It isn’t until a little further in where I am reminded where I am.  A small group of giraffe standing roadside eating amongst the acacia. Right next to the jeep is the worlds tallest animal,  in fact it is really hard to comprehend how big they are until you are having to swap down to a smaller lens to get a decent proportion of them in my viewfinder.

However there is one animal that I had to see to reinforce that I am in Africa, the worlds largest land animal, the African Elephant. And not much further, a group of Elephants are crossing the road right in front of us.  One of the worlds most iconic animals, another animal who’s immense size is just to much to comprehend as they walk past you, as they look you right in the eye as they walk past.  I have seen Asian Elephants, who are in their own right massive animals, but they have nothing on the African.  Despite being very common here, just like the impala I could easily just spend the whole day photographing.  The rest of the day was spent tracking down other various and amazing animals including a game of hide and seek with a small pride of lions which we eventually found feasting on a just recently brought down prey.  One we couldn’t identify as they had taken it under a bush and out of sight.

As amazing as my first day was my second day was a lot cooler, as it started with an elusive and very shy leopard crossing the road in front of us,  stayed for a minute to allow me take a few shots (with my camera for those not board with what I do) before jumping over some rocks and out of view.  The other reason the second day I feel was so much more fun was that I was the only one in the jeep.  Harrison, my guide into the beautiful land was able cater for me to allow more time to photograph animals, including spending nearly an hour trying to find a breeding pair of woodland kingfishers. Lucky for me Harrison is a very avid lover of birds so he was very keen to do that.  The rest of the day was similar to the last, seeing similar animals, but it did come with a heavy downpour of rain which allowed a lot of animals to come out of the the shade, of which they were originally escaping the harsh midday African sun.  Then there was the adolescent male elephant who charged our jeep.  An experience that definitely got the heart racing, even if I was also secretly excited as this was something I joked would be cool to happen while I was still home.

more hours actually spent flying (or waiting for flights) then actually in Africa itself, however leaving the camp the next day wasnt at all upsetting or disappointing, in fact I was still being driven by adrenalin.  Maybe it was for the anticipation of having a 16 hour layover in Abu Dhabi (of which I got to go to the falcon hospital) or maybe the knowledge of how many hours I would have to spend when I get home editing photos.  Regardless of why, this trip was everything I needed it to be and couldn’t be happier.

As I did mention earlier, of starting planning for a longer and much more extensive trip for August, I had big plans.  However we were going to be given the biggest shakeup the world has experienced in a very long time. Covid 19 was going to spread around the world turning into a pandemic.  And just like that International travel came to a screeching halt.  Businesses, including those in the travel industry came to a stop, with a lot having to close down. Any incoming or outgoing flights were mostly for returning travellers or for those with important itinerary.  People were housebound, in a lot of cases, mandatory.   Families were split, meeting up friends become an almost non existence.  Zoom became the most popular word being uttered.  It also came with hospitals being filled people with the virus, space and beds being filled up.  Countless people around the world died.  Stuck in beds connected to ventilators, alone as they passed away from either complications from covid 19, or from pre-existing conditions that were allowed to attack due to an immune system being attacked by this virus.  As I write this in early January ( I went to Africa February/march)  the world is still no closer to starting to recover, a vaccine has been created but its still going to be a long hard road out.  With that I wish everyone all the best, hope that you are all safe.  We still have a lot to go through and hopefully we can all work together to get out the otherside.

To see the photos of my trip go visit my instagram along with other photos I have taken since.  https://www.instagram.com/ryckii_j_photography/